The role and function of a Notary Public

A Notary Public also referred to as a ‘Public Notary’ or simply as a ‘Notary’ is a member of the oldest branch of legal profession in England & Wales – and can be defined to be a qualified specialist lawyer who is a public officer constituted by law to serve the public in non-contentious matters.

Our Notary is very well experienced in producing these certificates. Having an apostille is very beneficial; as it will speed up any situation where you are told that you have to prove your identity. A seal of approval from our Notary will be recognised by any organisation all over the world.

A Notary public in London or throughout England & Wales is to act as a co-ordinator between the English legal system and other foreign systems of law so that your documents can be used in a foreign country.

A Notary’s role is to verify or authenticate legal documents for use abroad. A Notary has to check the identity, capacity & authority of the person signing the document. If the Notary is satisfied after carrying out his obligations, the Notary will issue a notarial seal of office to the document, or where appropriate a notarial certificate. The form of notarial seal of office is exclusive & personal to each individual notary.

The Notary’s primary duty is to the document itself & not to the individual presenting it, unlike Solicitors & Barristers in the UK whose duties are to the clients. Notarial Acts therefore require high standard of care as this is relied upon by third parties such as foreign government officials. A Notary may satisfy his obligations where appropriate by drafting documents and/or witnessing the execution of the documents; authenticate the contents of the document; by administering oaths and declarations.

Reasons to choose us for your Notary Public requirements

Our price structure is very straight forward & transparent. Our notarial services start from £60 & we do not charge VAT. We are committed to providing you with the fastest service at the most competitive rate.

At White Horse Solicitors & Notary Public we have comprehensive knowledge of company & corporate law as well as legal knowledge required to accommodate & cater for individual clients. We have notarised thousands of documents – in other words, we have seen it all! You can rest assured that your document will be notarised correctly in a quick & efficient manner.

The mobile Notary service may also be a benefit to businesses; many businesses require the mobile service as it can be quite a task for directors to visit the notary’s office while juggling the day to day roles as company directors.

The above list is not intended to be an exhaustive one. Please contact us for any specific requirements you may have. We are able to notarise all types of documents in any language 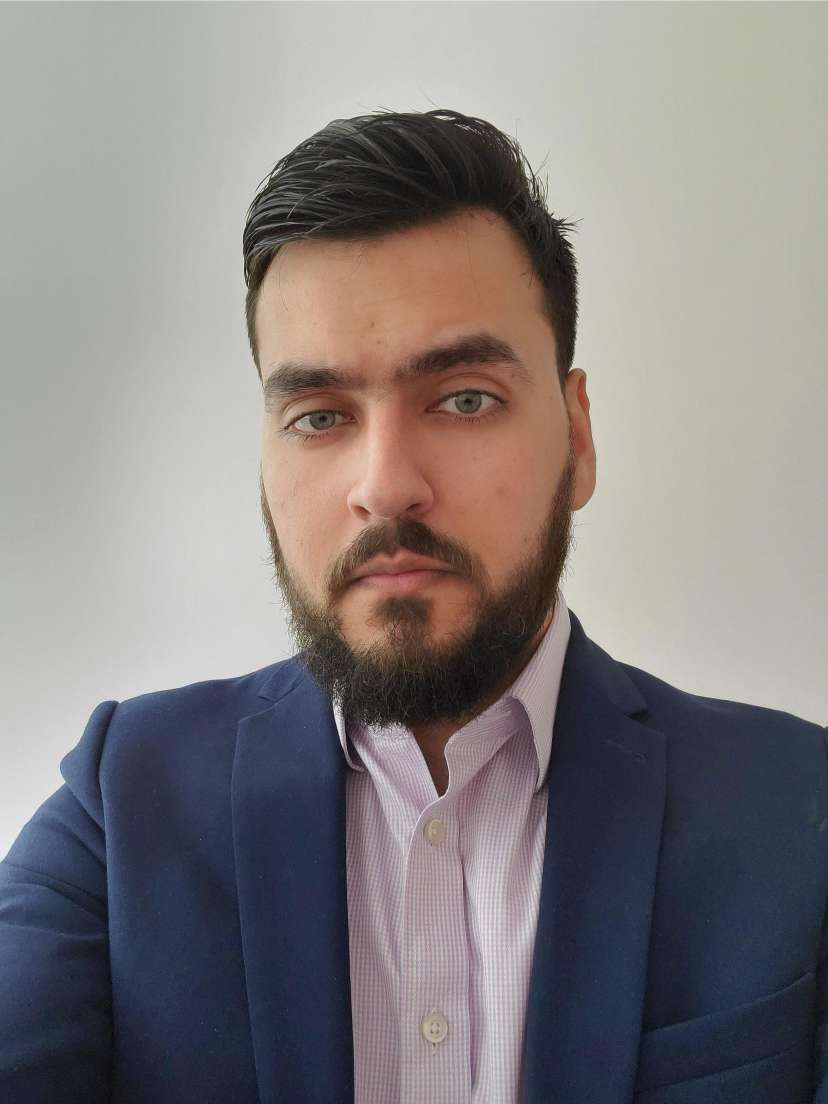 Introduction to our Notary Public

Although Muhammad Karim’s notarial practice is separate from his solicitors work, his dual qualification of being both a qualified Solicitor & a Notary Public allows him to use his extensive legal knowledge & experience to successfully represent both individuals & companies who require bespoke notarial services which is unique to their respective requirements.

Following the implementation of the Money Laundering Regulations 2003, notaries are now obliged to keep sufficient evidence on their files of the identity and the address of all their clients before they undertake any services.

Each person whose signature they are to certify must provide one of the following original identification documents at the time of the appointment.

If you do not have the above documents, you will have to ask the notary to advise you on how best to prove who you are.

In addition, they require proof of residence, which can be one of the following original documents:

If the notary has to certify your authority to represent a company or organisation, additional documentation will be requested, for example:-

Your notary will be happy to advise exactly what will be required in any particular case.

Additional information may be required when we are acting for business clients. This is to ensure that a company check can be performed.

A Notary is a qualified lawyer – a member of the third and oldest branch of the legal profession in the United Kingdom. He is appointed by the Court of Faculties of the Archbishop of Canterbury and is subject to regulation by the Master of the Faculties. The rules which affect Notaries are very similar to the rules which affect Solicitors. They must be fully insured and maintain fidelity cover for the protection of their clients and the public. They must keep clients’ money separately from their own and comply with stringent practice rules and rules relating to conduct and discipline. Notaries have to renew their practising certificates every year and can only do so if they have complied with the rules.

What is the role and duty of a Notary Public?

A Notary Public, or Notary, can authenticate or legalise any document. A Notary Public may also be known as a Notario Publico, Notaio, Notario, Notar or a Notaire. A Notary can also if required by the receiving country provide apostille/legalisation services. The services of a Notary Public will usually be required if you have documents which are needed to be used abroad/overseas. The Notaries signature and seal will verify to the authorities in that country that the relevant checks have been carried out and this will enable the receiving country to rely upon the document which has been presented to them.

A Notary prepares Notarial Acts (in public and private form), including Authentic Acts, mainly being documents executed in England and Wales for use everywhere in the world. This includes drafting, reviewing and explanation of legal documents for use outside the UK.

The Public Form is drafted by the Notary, which will include verification of identity, legal capacity and understanding of the document and awareness of the contents, confirming authority to enter into the transaction eg. in the case of a corporate body and also authenticating the contents after verifying the same.

Notaries are authorised and empowered to carry out all types of legal work carried out by solicitors, other than contentious work. This is a similar situation to that of the Notary in Civil Law jurisdictions. Accordingly, Notaries may deal with conveyancing, probate and Wills and all other types of non-contentious commercial and private legal work.

A Notary Public/ Notary is an independent officer and must not do anything to compromise this. Notaries are considered to be ‘gate keepers’ of money laundering and therefore should not act in matters where they have a personal interest or there is a conflict of interest, and are subject to professional rules and standards to ensure the protection of their clients.

A Notary Public/ Notary holds an official seal and Notarial Acts in England and Wales have probative force. Notarial Acts under the signature and seal of a Notary are recognised as evidence of a responsible official legal officer in all countries of the world. The Civil Procedure Rules of the Supreme Court of Judicature of England & Wales – rule 32.20 provide that “A Notarial Act or Instrument may be received in evidence without further proof as duly authenticated in accordance with the requirements of the law unless the contrary is proved”

Notaries Public have been appointed by legal authority in England and Wales since the thirteenth century. The Ecclesiastical Licences Act 1533, created the Court of Faculties of the Archbishop of Canterbury, which is the oldest Court in England. The Court has the power to appoint Notaries Public acting through its president, the Master of the Faculties. The Courts and Legal Services Act 1990 and The Legal Services Act 2007 confirm these powers of the Master.

As officers of the law and holders of the Public Office of the Notary Public, the duties of Notaries Public are wide ranging and include the preparation and drawing up of private and public Authentic Acts and Instruments under their signatures and official seals, which are accepted and recognised throughout the world.

What is the difference between a Public and Private form Notarial Act?

There are two basic types of Notarial Act; those in Private form and those in Public or authentic form. The private form is when a Notary annexes a Notarial Certificate by way of authentication of a document and its contents thus converting it into a Notarial Act.

What is an ‘Apostille’ and do I need it?

At White Horse Solicitors & Notary Public we offer a two-tier service for obtaining an Apostille:

For countries which have not ratified the Hague Convention of 5th October 1961, documents must be legalised at the Consulate of the country in question. For some countries it will still be necessary to first obtain an Apostille. If the notarised document needs Consular legalisation more time is needed. Particularly in connection with some countries where the legalisation process requires two visits. Such countries include UAE, Qatar, Bahrain, Jordan, Tunisia, Taiwan, Vietnam, China and Uruguay.

We are highly experienced in the process of Consular legalisation; we understand the various requirements and know the likely time scales involved. If the notarised document donor is a company, the legalisation process can be more complicated as in the case of documents for Saudi Arabia. Documents for Saudi Arabia often have to be presented to the London Chamber of Commerce and Industry and/or the Arab Chamber of Commerce. We can advise, just ask.

At White Horse Solicitors & Notary Public we are familiar with all the procedures which can be many and varied, and can obtain legalisation whatever the intended country of use.

What Identification does a Notary Public require?

Following the implementation of the Money Laundering Regulations 2003, notaries are now obliged to keep sufficient evidence on their files of the identity and the address of all their clients before they undertake any services.

Each person whose signature they are to certify must provide one of the following original identification documents at the time of the appointment.

If you do not have the above documents, you will have to ask the notary to advise you on how best to prove who you are.

In addition, they require proof of residence, which can be one of the following original documents

If the notary has to certify your authority to represent a company or organisation, additional documentation will be requested, for example:-

We will be happy to advise exactly what will be required in any particular case. Additional information may be required when we are acting for business clients. This is to ensure that a company check can be performed.

We want to hear from you

Please contact us and we’ll get in touch shortly.

Call us today on

Send us an e-mail